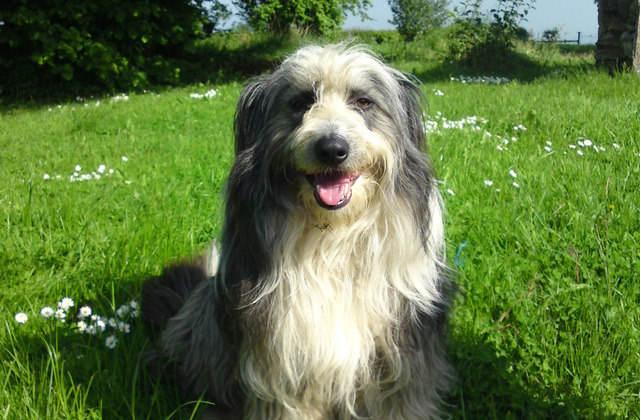 Robert is a 1980 Glasgow graduate. He has worked in Methlick since 1982 and became a partner in 1988. In 1989 he achieved the certificate in Small Animal Dermatology being the first practitioner in the UK to do so from a mixed animal practice. He sees many referral cases from all over Grampian.

Alastair is a 1983 graduate from Edinburgh University. He has a wealth of experience having worked in Strathaven, Penicuik and Aberdeen before joining the practice in 1999. He has a special interest in homeopathy and holistic medicine.

Heather graduated from Glasgow University in 2000. She joined the practice in 2003 after working in Ireland for 2 years and then a brief spell in the Isle of Skye. She is a local lass, having lived in Inverurie all her life before leaving to go to university.

Jill graduated from Glasgow University in 2001. She worked at Banff and Inverurie before joining Methlick in 2006 and becoming a partner in 2010. Jill was brought up on a farm near Turriff and is now married to a farmer from Auchnagatt. She enjoys all aspects of mixed practice but not surprisingly has a particular interest in farm animal work.

Emilie came to work for us in 2008. She graduated from Toulouse Veterinary School in France having spent her final year studying at The University of Prince Edward Island in Canada. She is especially keen on farm work but also enjoys her time spent with smaller animals.

Sarah, a farmer’s daughter from Crieff came here as a new graduate in 2011 for a spell. Crieff beckoned however and she moved back to her local area to work for a while. Much to our delight she’s back here now. Sarah loves all aspects of veterinary work and is particularly keen on ophthalmology.

Hannah graduated in July 2016 from Nottingham University and has moved northwards with her dog Dylan all the way from Derbyshire. She relishes the challenge of mixed practice and asks everyone to be patient when speaking to her until she tunes into the Doric dialect!

A 2017 graduate of Glasgow University, Kaitlyn hails from Stenhousemuir. She is enthusiastic about all aspects of mixed practice and can't wait to get started. Her hobbies include competing in dressage and showjumping events with her own horse.

Marie graduate in 2014 and joined us in 2017.  She works at our Ellon branch and has a particular interest in behavioural problems.

Suzy ( as she likes to be called) is a 2005 graduate of Glasgow Vet School and has worked in practice locally for a number of years before taking a break whilst her children were young. She works with us part time in Ellon doing small animal work and thoroughly enjoys being back amongst the animals.

Aileen assumed the role of practice manager in March 2018 having previously worked on reception and accounting. She enjoys country living and walks with her working cocker spaniel Hunter (a.k.a. Brown Bear)

Debbie is well known to all our regulars at the Cattery at Methlick where she is responsible for a lot of the day to day care of the boarders.  She also assists with the accounts and helps out on the reception desk.

Jayne works mainly at our Ellon branch but can also be found in Methlick some evenings and weekends.  She has pets and cattle at home and enjoys gardening.

A qualified human nurse, Carol also has lots of experience working as a receptionist in different posts. She works part time at our Ellon branch. Her working cocker spaniel, Casper keeps her busy when not at work.

Catriona is a qualified vet nurse who is based at our Ellon branch.  As well as assisting the vets during operations and looking after our inpatients she is also responsible for training our student vet nurses.  She also runs nurse clinics.

Adele began working here part time as a receptionist whilst studying for an HNC in Animal Care.  In 2016 she started her Veterinary Nurse Training in Aberdeen and graduated in 2017. She is now part of the team in Ellon.

Having come to Methlick as a student initially Leona helped in our boarding cattery and decided she wanted to train as a veterinary nurse. Since 2016 she has been with us in Ellon whilst carrying out her training. She completed this in 2018 and has now joined our team. She works most of the time in Ellon but will run some nurse clinics at Methlick branch.

Claire has been with the practice since 2006. She is based mainly at our Methlick branch and helps the vets with any inpatients or operations. She also helps out at the reception desk.

Kelly also helps the vets with operations and in patients. She also works in our cattery as well as helping out on the reception desk.

Katie completed the HNC Animal care course at Craibstone and joined us at Methlick branch in October 2016. She spends lots of her leisure time working with her rescue dog Emma. The pair are often to be found at agility classes which Emma really enjoys.

Katrina joined us in August 2017 to study to become a qualified vet nurse.  She spends 3 days in practice and 2 days at college in Aberdeen.